Indigo Republic is a full-service interior-design firm. We are Hawaii’s top talents coming together to bring your vision to life. Our team will also be happy to work with your contractor, and subcontractors.

Our range of
services includes:

Indigo Republic
guarantees that we will: 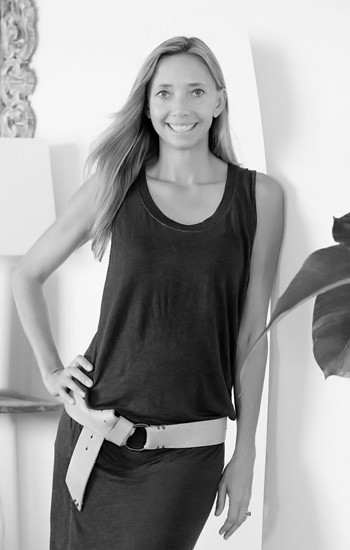 On the leading edge of interior design in Hawaii for more than a decade, Jenn Johnson always has a fresh approach to Pacific modern design. Her projects include oceanfront homes, condos, and commercial spaces in Hawaii and abroad.

Previous to making her mark in Hawaii, Jenn worked in high-profile architectural design firms such as Gensler San Francisco, named 2000 Firm of the Year by the American Institute of Architects.

In Hawaii, Jenn worked for WATG and Architects Hawaii developing hospitality and retail projects. Most recently, she founded Indigo Republic, a new interior design concept in Hawaii. She is also the original founder of Pacific Home, Pacific Home Studio, and Pacific Contract, three successful design businesses based in Honolulu.

In 2012 she was fortunate to spend a year traveling around the world with her family. This experience opened her eyes to different cultures and housing and how unique environmental design is being used throughout the world. This journey also enhanced Jenn Johnson’s strength—a broad understanding of interior design, current trends and living styles.

Jenn Johnson resides in Kailua where, when not spending time with her two young sons, she enjoys using her design talents styling shows for HGTV in Hawaii.

A graduate of the University of Colorado Boulder, with a degree in Environmental Design, Jenn Johnson is also a member of the American Society of Interior Designers and meets the qualifications of the National Council for Interior Design.

“At the end of the day, business is about people and service. Jenn understands this better than anyone. Without exception, Jenn is the most talented interior designer I’ve worked with over my 18-year career in real-estate development. I could not recommend her any more highly.”